This defiant little bastard in the bubble insert is the Charlie Sheen of worms - while the sensible and responsible worms turned in for the night at a decent hour and were deep underground working to aerate the earth before breakfast, he was still out carousing when the sun came up.   Got himself picked up by strangers who promised a party by the lake, thrown in a tupperware with a dozen other worm burnouts shaking from dirt withdrawal, stuck with a barbed hook, nearly drowned, and barely escaped the gulping lunge of this deadly rock bass.  And he learned nothing - still smirking and arrogant, taunting the fish and mugging for the camera.   SMDH. 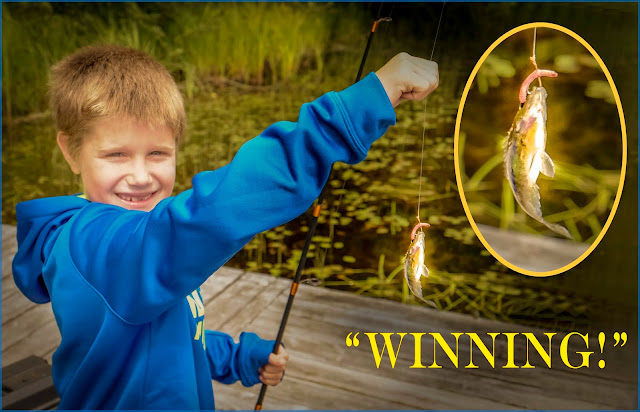 This worm business may indeed prove serious - I counsel you not to scoff, my friend.

You got us literally with your worm story! Good job!

Truly a story being told here, Tim. I really enjoyed it.

Just be glad you gt that worm before it got to its adult size. Think anaconda.

Priceless! Thank you for starting my day with a smile!

I look forward to your posts for the writing as much as the photos which just keep getting better and better!